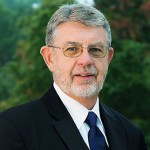 Our pastor, Kenneth Codner was born February 16, 1952, to Kenneth and Mary Codner of Owego, New York. He graduated from Owego Free Academy in 1970 and Alfred Agricultural and Technical College at Alfred, New York in 1973 with an associate’s degree in automotive technologies. He was then employed as a mechanic by Tioga County Highway Department.

He was raised Roman Catholic, but in his teen years became disenchanted and dropped out of church. His life was in a downward spiral with involvement in most of the evils young men in the mid 60’s, early 70’s were doing. God, in His mercy brought Kenny into daily contact with a Christian. In October of 1975 through the consistent life witness of Ken Snyder, he trusted the Lord Jesus Christ as his personal Savior.

Frustrated with the fruitlessness of county employment and having a desire to make his life count for God, he sought counsel from his pastor, Russell Lockwood, and in the fall of 1976 enrolled in the Bible program at Tennessee Temple University. He attended there two years. While there, in spite of what the school taught, he realized God had not allowed His Word to remain hidden from the common man in the, “originals”, but had preserved it for the English speaking people in the King James Bible. God then allowed him to

transfer to North Star Bible Institute in Rochester New York. He graduated in 1983 and moved with his young family to northwest Kansas where he pastored Gove Bible Baptist Church for 17 years.

While attending Tioga Center Baptist Church, God brought a lovely young woman to Kenny’s attention. In 1979 Kenny and Eileen Garrison were married. God has blessed this union with five children, Elizabeth, born in Rochester New York, Sarah, K. Andrew and Benjamin, born in Kansas, and Jesse who was born in Pennsylvania.

The Codners moved to Bellefonte, Pennsylvania in September of 2000.  A year and a half later, at the urging of a group of believers, a Bible study was started which soon became Grace Baptist Church.

Where to find us:

We believe the Holy Scriptures to be the verbally inspired revelation of God, the final authority in all matters. The Bible for all ministries of this church is the AV 1611, King James Version, which is infallible and without error. Ps. 19:7-11; 2 Tim. 3:16-17; 2 Peter 1:16-21

We believe in one God, eternally existing in three personalities, the Father, Son and Holy Ghost. The members of the Godhead are equal, having distinct roles of operation performed with harmony in perfect unity. He is, all powerful, all knowing and ever present. Col. 2:8-9; Gen. 1:1-2; Matt. 3:16-17; Heb 9:14; I John 5:7

We believe the Biblical record of creation is a literal account. Over the span of six, twenty four hour periods God spoke and brought all into existence. He placed the man and woman in the garden with duties to fulfill and gave only on restriction. Heb. 11:3; Gen. 1:1-2:4; Jer. 10:10-12

Those who are saved in this present dispensation are saved for eternity. There is nothing a man can do to be cast from God’s family and lose his salvation. Those who God saves, he keeps. I John 5:11-13; John 10:27-29; I Peter 1:3-5

The church, the bride of Jesus Christ, is made up of all believers during this age, baptized into the body by the Holy Ghost. The local church is the assembly of baptized believers in a particular location, joined together to fulfill God’s plan and purpose, which is above all else, to bring glory and honor to God. All believers should be an active member in local assembly. Each local assembly is to be independent, with no outside control, only it’s head being Jesus Christ. I Cor. 12:13; Acts 2:41-43; Eph 4:11, 5:23-24; Acts 1:8; Rom 1:16

This church observes two ordinances: believers baptism and the Lord’s Supper. Baptism by immersion after one has received Jesus Christ as Savior. It pictures death, burial and resurrection of Jesus Christ and is a public identification with Him. There is no merit in this other than being obedient to His command, but it is a prerequisite to church membership. The Lord’s Supper is a time of remembrance of what He has done for us and self-examination in light of that. The elements of the Lord’s Supper are unleavened bread and grape juice. Acts 8:36-39; Rom 6:3-5; I Cor. 11:23-32

XI. The Pretribulation Rapture of the Church

The blessing hope, the personal and imminent return of our Lord and Savior Jesus Christ for those who are fallen asleep in Him and for His living saints. The event will precede the seven-year tribulation. I Thess. 4:13-18; I Cor. 15:50-54; Rev 4:1

After the seven-year tribulation, Jesus Christ will return to the earth with His bride. He will cast the beast, false prophet and Satan into hell and establish His kingdom on the earth, ruling an reigning in righteousness for 1000 years. Rev. 19:11-20:6